A very unusual experience waits for Czech beach volleyball women players at World Beach Games that will take place from 12 October to 16 October in Dauhá, Qatar. Their team will consist of four players instead of ususual pair. “May be we will bump into each other when playing. We never play four-a-side. Only during training sessions three against three and this seems to be too many. We will have to communicate a lot not to take the ball belonging to somebody else,” Karolína Řeháčková said. “Our team is formed from players that have never played together. We will try to show our best performance, we are really looking forward to it.”

The most experienced volleyball player will be the captain as Marie-Sára Štochlová was sidelined due to an injury. She will be replaced by Tereza Kotlasová. “We nominated young and talented players. We tried including one player from the six-player volleyball, to have a varied team with attacking force,” coach Ondřej Vlček said. His colleague Michal Palinek, who is a successful player himself, added: “We were drawn to the the group with USA, Brazil and Nigeria and we will start with the strongest opponents. We do not know yet anything about their nomination. Our aim is to finish second or third in the group to avoing playing against the strongest sides in the quarterfinals.”

There will be thirteen Czech athletes competing in six sports in Doha. “It is relatively a big team, in comparison with the world we belong to mid-size teams. It is hard to predict the level of the events and the results of our athletes. But I believe that all of them will manage to show performances they expect,” Martin Doktor, Sporting Director of Czech Olympic Committee and Chef de mission said. He likes the concept of the new competition. “The Olympic sports in non-olympic events that take place in the beach show a signal that they want to be closer to public, to the young,” Doktor said. “I just hope that in October there will not be such a hot weather as we experienced during our inspection trip in July.”

Due to hot weather the event in open water swimming and aquathlon will start very in early morning hours. “Early waking up will be worse for my brother, he is not an early bird,” Tomáš Svoboda turned to his twin David smiling. Tomáš will compete in Aquathlon, the modern pentathlon Olympic winner David Svoboda will support him as a coach during the race that consists of 2.5 kilometre run, 750 meters of swimming and another 2.5 kilometre run. “The race was shortened just three weeks before the race, but I actually do not mind. This distance is more suitable for me than the original one. I will adopt to it,” Tomáš Svoboda said.

ANOC World Beach Games were the main aim of his current season, so he devoted a lot of time to qualification and preparations. “I have to cope with the break in the running training for two and half months, I do not know how I will manage to get along with a fast tempo, but possibly it will not be seen at all.”

The swimmers will cool down first

The start of the open water swimming competitions will be even earlier. The water they will swim in may be of 31 degrees of Celsius maximally. “I prefer swimming in cooler water, it will not be ideal for me,” Matěj Kozubek, who finished fourth in the 5 km race at World Championships. “5 km race is a sprint and all the boys will finish within 20 seconds. If you drop behind at the beginning, it is difficult to catch it up. I myself do not know, how I managed to finish fourth at the World Championships. I will try to show my maximum in Qatar, but it is hard to predict my result.” During the short race the swimmers may not get any refreshment from the coaches, so it will be important for them to save the energy in hot weather before the race. “It will be necessary to stay in the shade or somewhere where the normal temperature is kept, avoid standing in the direct sun,” coach Jan Srb said.

It will be possible to follow the livestream and results at http://www.awbgqatar.com. 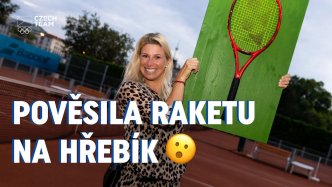 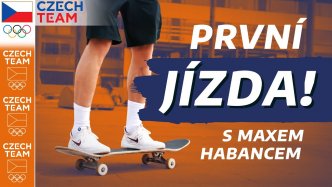