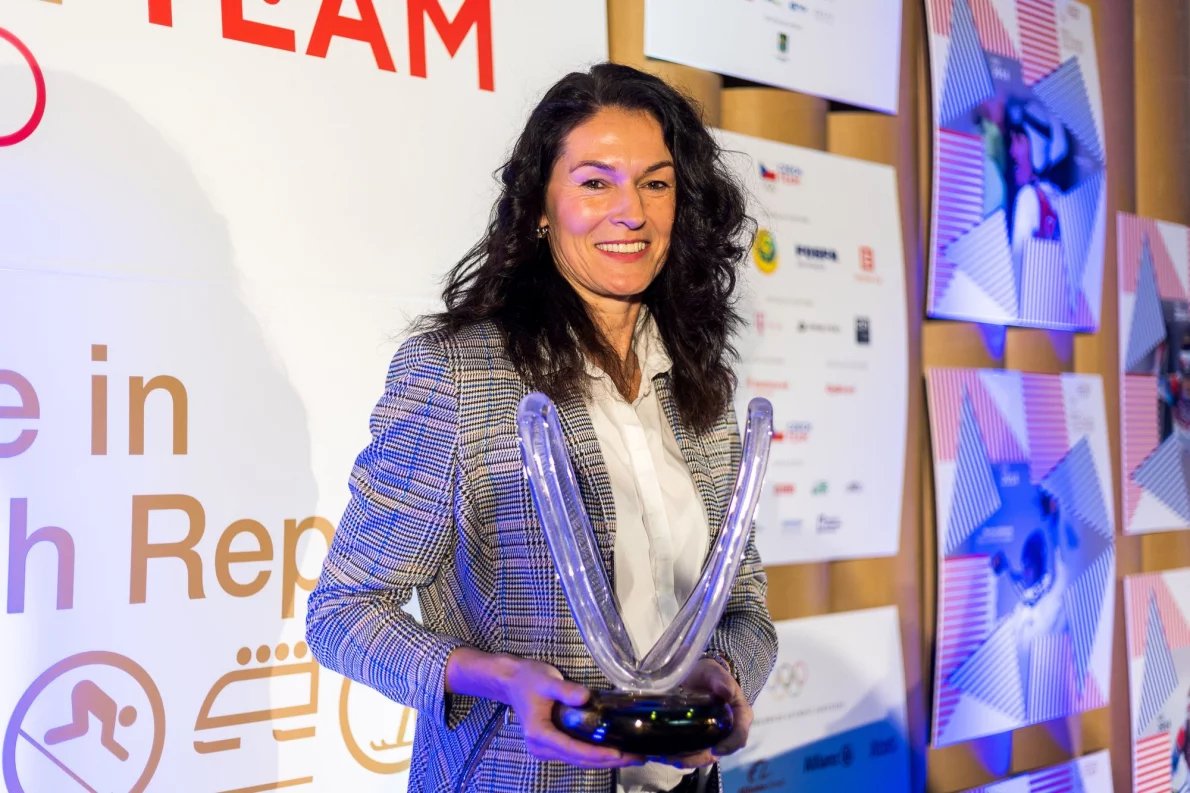 Šárka Kašpárková is the winner of the eighth Věra Čáslavská Award. The track and field athlete, a World Champion, and the winner of an Olympic bronze in the triple jump received the award named after the legendary gymnast in recognition of her current work. Kašpárková is involved in sport development of children and care for sport legends.

Kašpárková has become the eighth woman to receive the Věra Čáslavská Award from the Czech Olympic Committee and its Equal Opportunities Commission for extraordinary achievements of women in sport and the Olympic Movement.

Being chosen to receive this award is a great honour for me. I will do my best to continue doing what I do.

a great honour for me. I will do my best to continue doing what I do and putting even more effort into trying to convince as many people as we can, especially today, that sport should be a part of our lives,” says Kašpárková. “Věra Čáslavská was a remarkable person. Those who met her know that she was an amazing woman who had to overcome difficulties all her life. And she always made the best of it, becoming not only a sport legend but also our national treasure.”

Over the past six years, Štěpánka Hilgertová (2014), the twice Olympic champion in water slalom, Naďa Knorre (2015), the former Chair of the Equal Opportunities in Sport Commission, Věra Růžičková (2016), the gymnast who won Olympic gold in women all-around, Barbora Špotáková (2017) who won two Olympic medals in javelin throw, World Champion and the winner of an Olympic medal in slalom Šárka Strachová (2018), Petra Kvitová (2019), two-times Wimbledon champion, winner of six Fed Cups and an Olympic bronze from Rio, and Květa Pecková (2020), who won three Olympic medals, have been decorated with the Věra Čáslavská Award.