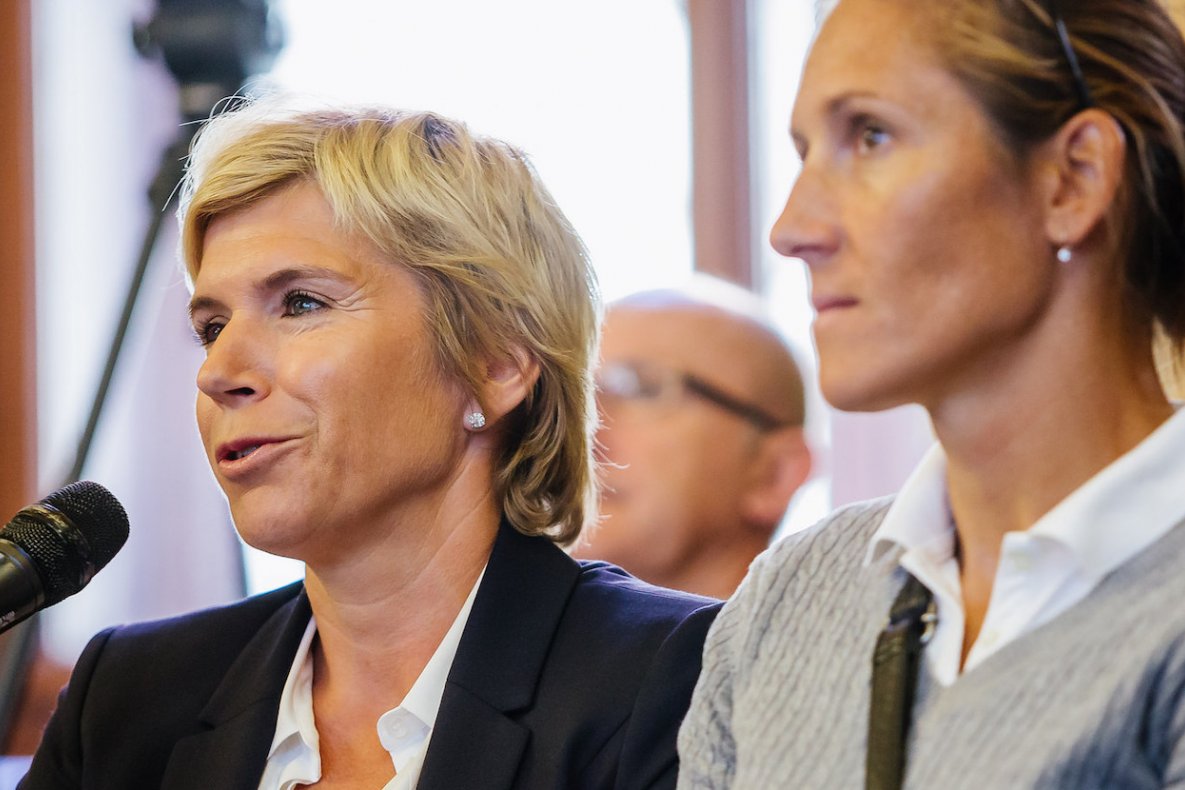 ‘Sport on the Edge? The pressure for performance (not just) in elite sport’, was a conference organised by the Czech Olympic Committee with the support of the Senate of the Czech Parliament on 12th October 2018. The conference covered pressing issues facing the sports movement, including ensuring equal opportunities in sport, the greater promotion of women’s sport, the excessive pressure placed on children to perform and its psychological and health impacts, communication between elite athletes and coaches, and support for education programmes for athletes and coaches.

“The themes covered by this conference have long been addressed by the Czech Olympic Committee, and its Committee for Equal Opportunities in Sport has been operating for several years now. However, this is not just a national issue, but an international one. Few can imagine the pressure that is placed on the truly elite athletes,” said Jiří Kejval, President of the Czech Olympic Committee. “Our aim, over time, is to change public perceptions and those of the media, which currently focus mainly on successes and medals. For us as sports officials this discussion should result in advice on how to behave towards athletes and plan their training and the whole of their career so that they are prepared for pressure during their sports career and the challenges that they will face at the end of their career.” 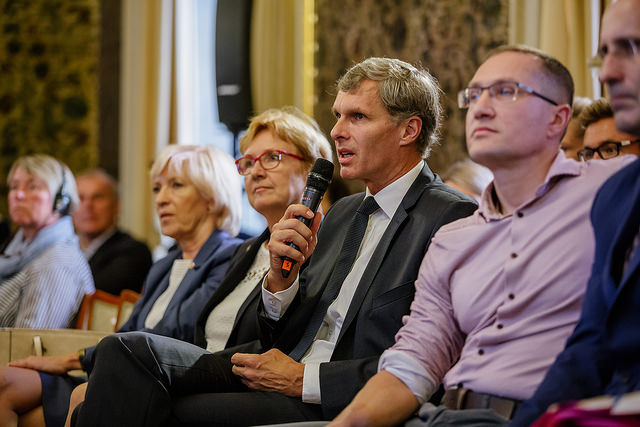 The importance of gender equality

The conference was organised by the Committee for Equal Opportunities in Sport of the Czech Olympic Committee under the auspices of the international organisation Women Sport International (WSI). “The conference programme comprised segments that at first sight had no mutual connection, but in fact the opposite is true. We are confident that the conference will prove an interesting source of information for coaches, university students and sports representatives,“ said Naďa Knorre, chairperson of the Committee for Equal Opportunities in Sport and vice-president of WSI.

The theme of gender equality was taken up by Professor Kari Fasting, honorary president of WSI. “The high performance athletes, both male and female, deserve the best leaders, the best coaches and a safe environment. They deserve a culture free from all kinds of harassment and abuse,” she said. “Gender equality is the opposite of gender inequality, not of gender difference, and aims to promote the full participation of women and men in society (sport). It means accepting and valuing equally the differences between women and men and the diverse roles they play in society (sport)." Professor Kari Fasting also presented other opportunities for improving the status of women in decision-making positions in Czech sport. You can view her presentation HERE.

Following on from this was a talk by Professor Maja Makovec Brenčič, who until recently was the Slovenian Minister for Education, Science and Sport. “I am a true believer in sports values and I am one of those ministers who said to our teachers and professors: Why shouldn`t we teach lots about life through sports? Sport is discipline, dedication, hard work, motivation, trying to go beyond yourself." She also presented changes in Slovenian legislation that support the role of women in sport, which includes the dual careers programme. You can find her talk HERE.

The Dean of the Faculty of Social Sciences of Charles University, Alice Němcová Tejkalová, focused on selected aspects of women in sport in the media and the position of female sports journalists. She presented statistics concerning the presentation of women’s sport in the international media, and also the various obstacles that female athletes and journalists face. 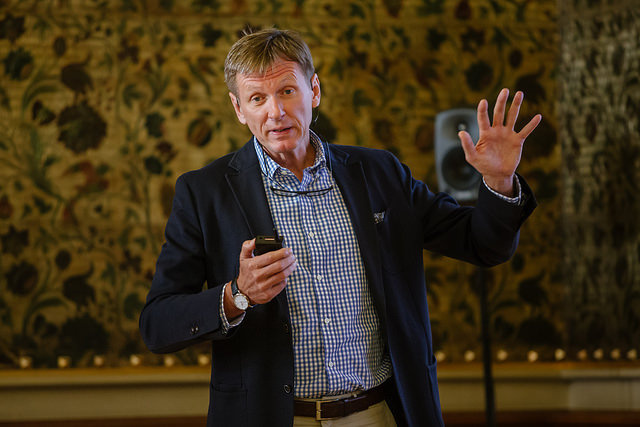 The impact of excessive pressure on children

Sports psychologist, Michal Šafář, focused on the lack of natural physical activity among children and the results of this. HE also addressed the early specialisation childern are often forced into and how parents who want their children to become successful athletes at any cost can cause them to burn out or have a long-term aversion to physical activity. “Children up to fourteen years old, who have problems regarding sport, do not require the services of a sports psychologist, but rather their parents or coaches do,“ said Michal Šafář, Dean of the Faculty of Physical Culture of Palacký University Olomouc, who has worked with many elite athletes including two-time Wimbledon champion Petra Kvitová.

The role of sport in human health was the focus for associate professor Martin Matoulek, chairman of the Czech Society of Sports Medicine and a member of the Medical Committee of the Czech Olympic Committee. Successful basketball player and coach, Michal Ježdík, then highlighted the characteristics of the very best athletes. He linked his talk with a discussion involving elite athletes and coaches. Engaging with Michal Ježdík were the most successful Czech basketball player in the NBA, Jiří Welsch; athlete and medal winner Denisa Rosolová; her coach Martina Blažková; and as a moderator, figure skating medallist and coach Tomáš Verner. They discussed career milestones, communication between coaches and athletes, and other areas in which athletes and coaches are subject to great pressure.

Sports stars were in attendance

The conference was also attended by Olympic medallist and world biathlon champion, Gabriela Koukalová, and Olympic competitor in modern gymnastics Monika Vlčková (Míčková), who recently highlighted the various sides of the pressure that athletes have to face from multiple directions during their careers. The guests also included Olympic gold medallists Štěpánka Hilgertová (canoe slalom), Mirka Topinková Knapková (rowing) and Kateřina Neumannová (cross country skiing). Also present was double medallist in finswimming at the World Games 2017 and member of the Athletes Committee of the Czech Olympic Committee, Jakub Jarolím. 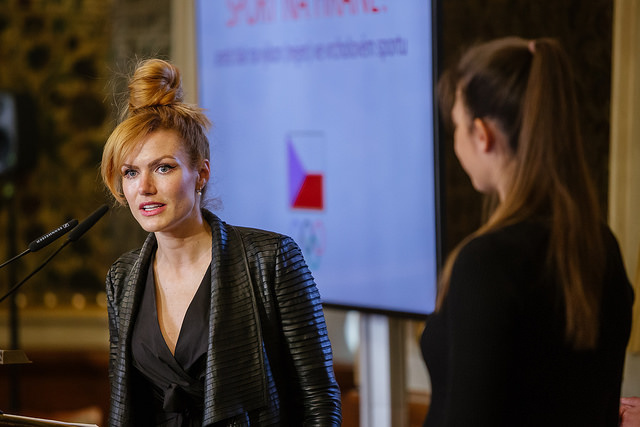 At the Knight Hall of the Czech Senate other successful athletes and trainers were welcomed, including Czech football legend Karel Poborský, who has two European Championship winner’s medals, and also won the Premier League with Manchester United. Also in attendance were representatives of the Ministry of Education and Sport of the Czech Republic, universities concerned with sport and educating coaches, members of the Athletes Committee and members the Committee for Equal Opportunities in Sport of the Czech Olympic Committee.

You can see the complete photo gallery of the conference HERE.