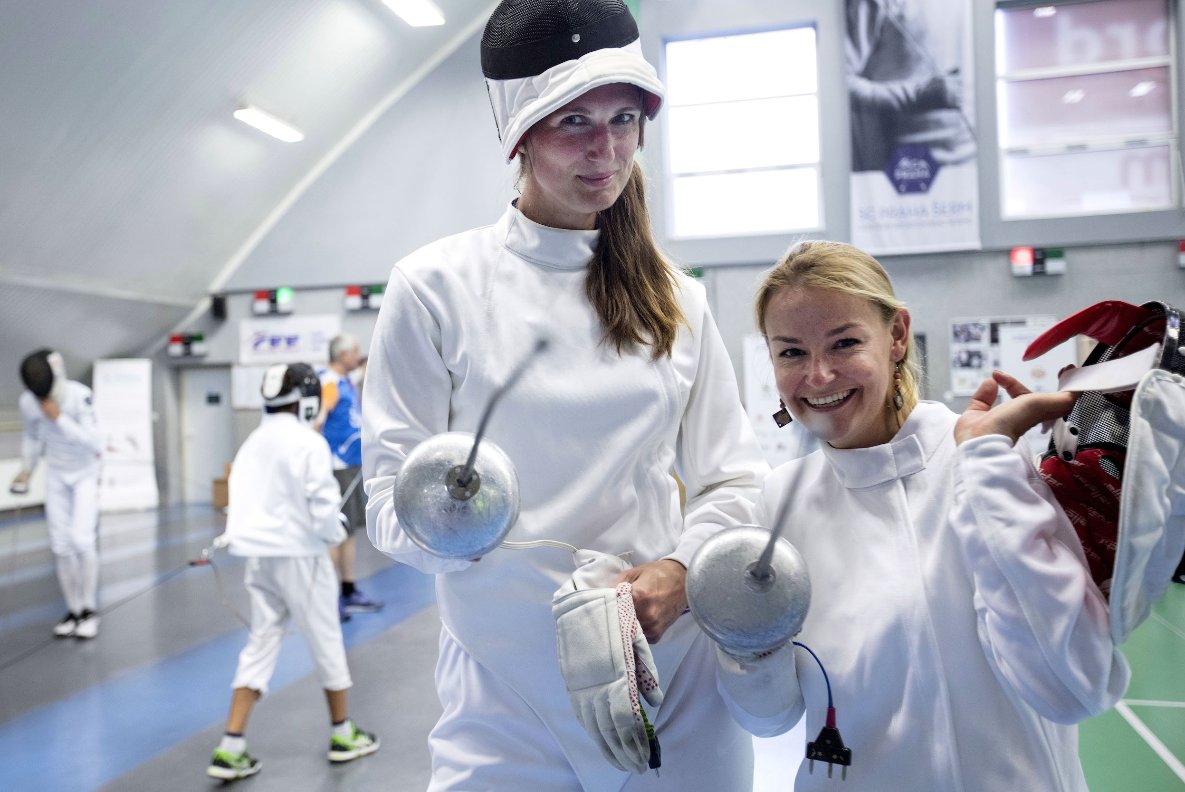 She has a silver medal from the FIBA Women’s Basketball World Cup, she won the EuroLeague as well as domestic competitions. She also took part in the Olympic Games and competed abroad. Ilona Burgrová stays faithful to sport even after the end of her basketball career by fighting for the rights of athletes, clean sport and gender equality.

She has become the new Chairperson of the Equal Opportunities Commission for Sport of the Czech Olympic Committee (NOC). "We would like to link these areas together and build bridges. We shall see how well we’ll do – whether it’ll be like the Prague Ring Road situation, or whether we’ll actually follow the German example and build a motorway within a few years," she says.

Are you settling into your new role? What are your plans at the moment?

We dream big. (laughs) I think all our members are extremely excited. I’ve asked everyone to come up with something in their particular area of expertise and work on it. Then we'll talk about how we can put it all together and move things forward at the same time. Some projects are coming up already. We want to support women in sports in such a way that they’re able to pursue what they do without any major obstacles. In the form of a mentoring programme, for example, we’re currently working on its pilot version.

So you want to support them also in some other ways?

Of course, appreciation of their work is essential, too, as well as constant cooperation with individual sport unions. With their help we’d like to identify obstacles that prevent women from becoming more involved in the actual structures and sports as such in general. We would like to implement this idea and help increase the proportion of women in elected or managerial positions. Another factor limiting equality of opportunity in sports is being a minority. We’re going to find a way how to grasp and map this topic in the Czech Republic. So far, we haven't found anyone who is a true expert in this, so we’re desperate to get started. We’ll be definitely grateful to anyone willing to help us with this.

Equality in sport is not discussed much. I think that by working more closely with universities, we could spread the topic amongst students.

Could you tell us based on what criteria the Commission was put together?

I wanted to have representatives of such walks of life that could influence equality in sports in one way or another – e.g. someone from the media who knows what language to use when talking about women and men. We have a lawyer in our team, Denisa Linhartová, as knowledge of law is naturally essential. Other fields are represented by Radek Špicar, Vice President of the Confederation of Industry and Transport, or Zoran Bartek from the Marketing Department of the Czech NOC; they have both been interested in the topic of equal opportunities and diversity for a very long time. Other members come from the world of sports itself, such as athlete and now also a mother Kristina Mäki, since women's sport is a very important issue for her.

An interesting project could be created in cooperation with the Coaching Academy of the Czech NOC, where this topic would be further discussed. We also have a representative of gymnastics in our team, Šárka Panská, and Robert Land, a representative of basketball; he works as a coach of young female basketball players. Michal Šafář, sports psychologist and Dean of the Faculty of Physical Education at Palacký University in Olomouc, is also a member of our Commission. We’d very much like to cooperate with universities.

Why is that, why universities?

There is not much talk about equality in sports in general. So I think that by working more closely with universities, we could spread the topic amongst students. Ideally, we’d like to reach even secondary and primary schools, but we’ll start with universities for now. Alice Němcová Tejkalová, Dean of the Faculty of Social Sciences at Charles University is also a member, and so is of course Alena Kindová, who has been a member from the very beginning alongside Naďa Knorre, so she really knows the ropes. It gives our Commission a sense of continuity.

It was in fact Naďa Knorre who you succeeded as the head of the Equal Opportunities Commission for Sport. She is also the Vice President of WomenSport International. How are you going to cooperate?

Naďa is hugely experienced, she’s been my lifelong mentor also because of her courage to enter the international field. We have agreed that she should keep this agenda for the time being, and she’ll try to teach me everything, filter all the important information for me. I don’t feel like jumping right into that vast international scene as yet. But I hope that in a few years’ time I’ll be able to be part of such an organization as well. It is very important to have information from other countries in order to put everything into proper context and not just have a local perspective of the topic.

You have been working on equal opportunities for a long time. Does it stem from your experience as a basketball player?

Yes, if you’ve been doing sports since you were a child, you clearly see that even though you play a better competition than most boys of the same age, more people come to see the boys. They are able to get better sponsors and things are therefore different also in terms of their salary. My stay in the U.S.A. probably opened my eyes the most in this respect. Equality between women and men is perceived a bit differently there than in our country, and it is also thanks to the support in American legislation. However, I really think that no-one there sees this topic in such a bad light as it is often seen here in the Czech Republic.

Is this kind of perception changing in our country as well, or is it a really slow process?

It is changing alongside other things in our lives. In some environments, gender stereotypes change faster and more easily. However, some environments are very specific; and they are firmly convinced that they are so very different and truly specific that they don’t want to be changed at all. But I think that sport reflects the whole society – and that reflection can either be the same or better. So I hope that sport in the Czech Republic will not merely copy all the things happening in our society, but that it will want to be one step ahead.

An example of this could be the recent controversy of Yoshiro Mori, now the former head of the Tokyo Organizing Committee. He was replaced with a woman who deals with this particular issue. What do you think about it?

It was a mistake of one individual person, but it stems from gender stereotypes that still prevail in Japan. It is not possible to change them immediately, but this particular case could paradoxically help improve the position of Japanese women within their social structure. I believe that Seiko Hashimoto will do very well, and that she’ll have even more respect than Mr. Mori enjoyed; that she’ll be able to tear down another barrier that was built by Japanese society.

IOC as the leader

And what do you think of the reaction of the International Olympic Committee?

It's unbelievable how the IOC keeps raising the bar higher and higher. The topic of equal opportunities is one of its priorities. At the Paris 2024 Olympic Games, there should be the same amount of male and female athletes and this equality trend is absolutely wonderful. And it's not just a matter of athletes, but also of coaches and other members of staff. It will help sport as a whole, and I’m very glad that the IOC is the leader of this initiative.

You are also a member of the Czech NOC’s Athletes Commission and Chairperson of the Anti-Doping Committee. Are you going to link these posts together somehow?

I've already been asked if it's not too much for me. (laughs) But I don't think so. I simply keep dealing with athletes’ right, which is both a question of equality, and the right to clean sport. We have a great chance to build bridges that haven't yet been built. We shall see how well we’ll do – whether it’ll be like the Prague Ring Road situation, or whether we’ll actually follow the German example and build a motorway within a few years. I will definitely do my best to try to combine both topics, it makes perfect sense to me. No topic is ever completely isolated within any society.